A fundamental task of proteins is to act as enzymes: catalysts that increase the rate of virtually all the chemical reactions within cells. They are highly selective, accelerating both the rate and specificity of metabolic reactions, from the digestion of food to the synthesis of DNA. Most enzymes are proteins, although some catalytic RNA molecules have been identified as well. Cells contain thousands of different enzymes, and their activities determine which of the many possible chemical reactions actually take place within the cell. The binding of a substrate to the active site of an enzyme is a very specific interaction. Once a substrate is bound to the active site of an enzyme, multiple mechanisms can accelerate its conversion to the product of the reaction. Examples of enzymatic conversions of substrates include peptide bond formation or cleavage, hydrolysis and condensation, oxidation and reduction, phosphorylation, and many more. In addition to binding their substrates, the active sites of many enzymes bind other ions or small molecules that participate in catalysis. These molecules are called co-enzymes and/or co-factors. In contrast to substrates, coenzymes are not irreversibly altered by the reactions in which they are involved. While most enzymes move freely (intra- and extracellular) within the organism, many enzymes are anchored to either membranes or receptors. The Axon Ligands™ that interact with enzymatic processes are arranged into the six major classes of enzymes in line with the rules of classification stated by the Nomenclature Committee of the International Union of Biochemistry and Molecular Biology. 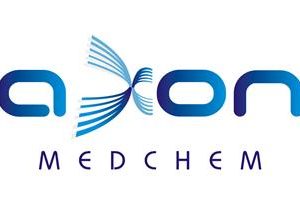 Copyrights © 2000 by 慧眾生物科技有限公司 All right reserved.